It’s that time of the year again…back to school season is here! Whether your kids are learning in-person or online, the classroom can be an exciting and intimidating place to be in. In fact, symptoms of ADHD in kids are often first identified at school, making it also the most commonly diagnosed disorder during childhood.

Don’t be fooled. This does not mean adults can’t have ADHD. Instead, most kids learn to better manage their symptoms which may even change as they grow up. The focus of this blog, however, will center around the effects of ADHD in kids. 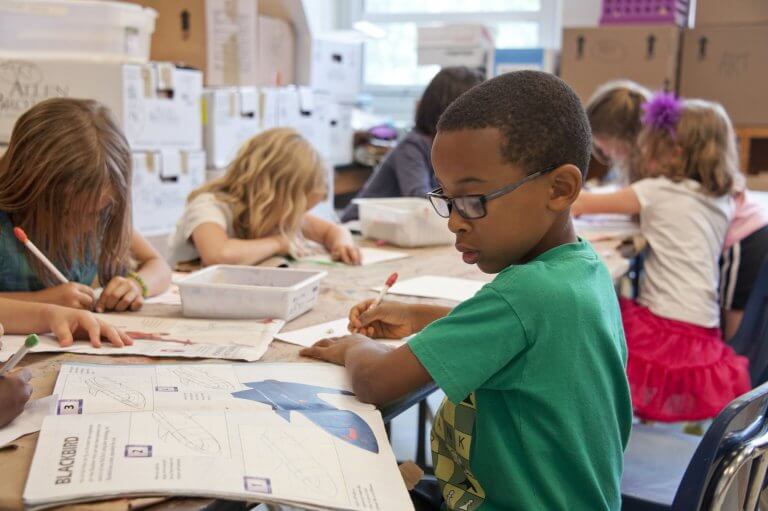 What is ADHD and How is it Diagnosed?

ADHD is short for attention-deficit/hyperactivity disorder. It is defined as a condition that impairs the development of executive functions in the brain, such as the ability to remain attentive and multitask. ADHD has two main categories of symptoms: inattention and hyperactivity and impulsivity.

Inattention occurs when a child has trouble carefully completing a task and paying attention, thinking about, listening to, or watching someone or something. At school, this may appear as a failure to follow instructions or organizing one’s own tasks and activities. As a result, kids with ADHD are more likely to have lower average marks and more failed grades.

The second category of symptoms, hyperactivity and impulsivity, occurs when a child has an unusually high level of activity or excitement. These symptoms may appear as constant fidgeting or interrupting and intruding on others. A major consequence of hyperactivity and impulsivity is that it increases the risk of suspension, expulsion, and even dropout rates for students in school.

Additionally, certain conditions must be met concerning these symptoms, such that:

Did you know that kids with ADHD are three times more likely to have an anxiety disorder in comparison to kids without ADHD? This is because some of the challenges that come with ADHD can make kids anxious, causing them to have more difficulty managing their emotions.

If you find that your child is feeling anxious and struggling to manage their ADHD, here’s what you can do to help:

When disciplining our kids for bad behavior, we often use threats and punishments like “If you don’t finish your homework, you will not get screentime this evening.” But no matter how serious these consequences are, this strategy will NOT work on kids with ADHD.

Reason being that the ADHD brain simply has not fully developed yet. When an adult considers consequences, they engage a part of the brain called the prefrontal cortex. This region is responsible for critical thinking, weighing information from other parts of the brain, and deciphering abstract situations. However, the prefrontal cortex doesn’t reach its full operational capacity until adulthood which would explain why kids respond to upsetting situations through tantrums and meltdowns. As for those with ADHD, studies have found that the prefrontal cortex is underdeveloped by up to three years and less stimulated than those without ADHD. Now, put two and two together and this explains why kids with ADHD have more difficulty understanding the consequences of their actions.

It's not bribery, it's brain chemistry.

Instead of punishing bad behavior, try rewarding good behavior. Not only does this motivate good behavior in the future, but it also helps to further develop the ADHD brain in kids. This is because the anticipation of a reward creates dopamine which fires up their prefrontal cortex.

These rewards don’t have to be expensive or tangible items to be effective. Anything that your child finds valuable will work just as well, such as your encouraging words, spending quality time together, or an extra 10 minutes of screentime. So, rather than punishing your child when you see them hitting their sibling, reward them when they don’t!

Can Girls Have ADHD?

One of the most common myths about ADHD is that it is a disorder only boys can have. In reality, boys and girls are equally as likely to struggle with ADHD.

However, boys are more than twice as likely to be diagnosed with ADHD due to greater signs of hyperactivity. This may appear as playing too roughly or constantly moving, even when seated. Though it’s important to remember that not all boys with ADHD are hyperactive. Every child’s experience with ADHD is different. Remember to also avoid writing off symptoms of ADHD as typical “boy behavior,” as doing so only reinforces the idea that ADHD is a disorder only found in boys.

On the other hand, girls are less likely to be diagnosed with ADHD because they often do not exhibit the stereotypical hyperactive symptoms we see in boys. Instead, girls with ADHD usually appear more distracted or daydreamy. Even when girls are hyperactive, it can look different than it does in boys. For instance, girls with ADHD may come across as overly sensitive or be more talkative than boys with ADHD. Hence why girls are also more susceptible to mental struggles, such as perfectionism, self-blame, low self-esteem, social pressures, and other mental health issues.

To make a long answer short, YES, girls can have ADHD too.